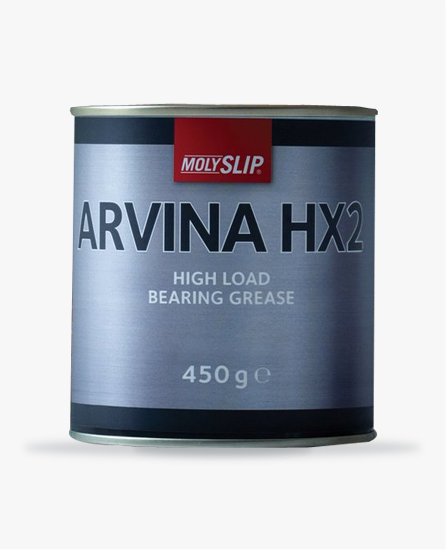 The calcium sulphonate complex thickener of ARVINA HX2 inherently possesses outstanding resistance to water ingress – the mechanical stability of the grease is largely unaffected by water contamination and bearings are effectively protected from corrosion.

ARVINA HX2 is suitable for use in plain, ball and roller bearings operating in a wide variety of heavily loaded applications.

Molyslip® ARVINA HX2 can be applied manually, via a standard grease gun or via a central lubricating system capable of pumping an NLGI 1/2 grease. As with all greases used for the first time, check compatibility with the grease used previously and if necessary purge bearings prior to application.

Prefer speaking with a human to filling out a form? call us and we will connect you with a team member who can help.